Diet Program vs Exercise: Which is Better for Weight Loss?

Every year on January 1st, Americans head to gyms to start exercising so they can lose weight and get in shape. Sounds like a great plan right? Well… Maybe not. According to studies, exercise isn’t all that great at helping you lose weight and diet programs have better results.

In 1994, there was a study conducted by scientists that examined 7 pairs of sedentary twins who were housed as inpatients at a research lab under 24-hour supervision. They exercised for two hours a day, almost every day on stationary bikes, and were fed by nutritionists who measured their calorie intake and made sure it was consistent. After 93 days the results showed that the 7 pairs of twins lost an average of 11 pounds. Which is extremely slow weight loss. The twins burned 22% fewer calories than the researchers calculated. Comparing that to going on a diet, where the average dieter can expect to lose 24 pounds in that same time, all without having to bike for two hours a day. It’s clear that exercise just isn’t very efficient at helping people lose weight.

Here’s one of the reasons why. A common problem that people run into is that they often overestimate the number of calories they burn. If you were to run on the treadmill for 1 hour, the treadmill will tell you that 300 calories were burned. Great! That puts you at a calorie deficit for the day and you can cheat a little and have a slice of pizza, right? Wrong! That 300 calorie number at the top of the treadmill is most likely inaccurate. But why is that? It’s because your body has a little trick it does to conserve energy. Essentially, your body will often make other systems run more efficiently when exercising to negate the number of calories burned. Here’s a great study that illustrates this. Scientists studied the average NYC person who spends their time glued to their chair and compared them to a hunter-gatherer tribe down in Tanzania who spends most of their day hunting, climbing, and foraging. They expected that individuals from the hunter-gatherer tribe would burn far more calories than the desk jockey as they are much more active. By using a technique called doubly labeled water, a method in which water that has both the hydrogen and oxygen molecules replaced with an uncommon isotope of these elements to measure the daily metabolic rate of an organism, scientists discovered that the energy expenditure of these African tribesmen wasn’t any higher than someone living in the US or Europe sitting on their couch and playing Xbox. This was the case even after the researchers controlled for body size. But how is this possible? It is because of a phenomenon called Metabolic Compensation. In order to use less energy during exercise, scientists theorize that your body will make its other bodily systems run more efficiently and use less energy, to make up for the energy lost during exercise.

Some studies suggest that there is an energy plateau when it comes to exercise, meaning that we may have a limit on how many calories we can burn when exercising. Woah! Crazy I know! In a study published in the Journal “Current Biology”, a whopping 332 adults from 5 different countries including the US, all with different activity levels ranging from sedentary people to people who exercise 2-3 times a week to people who actively exercise every day, were tracked for 8 days. The results showed that the people exercising 2-3 times weekly burned roughly only 200 calories more a day than the sedentary people (which caloric difference is less than a typical slice of pizza) but after that, the difference seemed to hit a wall. What this means is that after a certain amount of exercise, you stop burning calories at a stable rate, and the energy expenditure plateaus. As anthropologist Herman Pontzer (the professor who has done a lot of research behind diet vs exercise and that did the study of the hunter-gatherer tribe down in Tanzania) says, “The overarching idea is that the body is trying to defend a particular energy expenditure level no matter how active you get.” Pontzer also proposed a model of energy expenditure called the constrained model, which diagrams that the body will adapt to increased physical activity by reducing energy used on other physiological activities.

So it seems pretty conclusive. Exercise just isn’t that great at helping people lose weight. So where does this widespread belief that you need to sign up for the gym on Jan. 1 to shed the pounds come from? Well, it’s simple, it comes from the processed food industry. These companies that make unhealthy foods are trying to get you to buy more of their products. Soda (and other food products) companies promote exercise as the best way to lose weight and attack the concept of dieting as unhealthy. They do this to protect their industry from regulation so they can continue to sell highly processed, high sugar products. It shields them from criticism. Unfortunately, it also contributes to the obesity epidemic that is plaguing our country as people continue to make unhealthy food choices, thinking they can just burn off the calories at the gym. 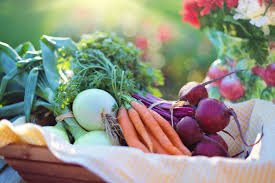 So what have we learned from all of this? In short, if you want to lose weight the best approach is to go on a diet program. But does this mean you should stop exercising? Of course not! You should continue to exercise because studies have shown that those who combine diet and exercise tend to have the best long-term success at keeping the weight off. Exercise can help you maintain your weight once you’ve lost it through dieting. And in addition to helping you maintain your weight, exercise is great for your health. It helps with your mood, appetite, attention span, energy, to get better sleep, and fights against many diseases such as cancer, heart disease, and many more. In fact, we encourage everyone who signs up for MD Diet to exercise. And of course, if you’re ready to sign up for MD Diet and start losing weight today, you can start by signing up for one of our nutrition classes. Just click on the “Start Now” button.